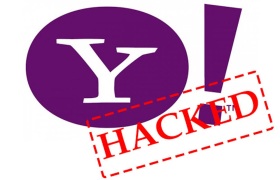 I received an email last week that I initially thought was innocuous and could be deleted straight away. Thankfully I didn’t delete it as a split second before I was about to do so, I noticed the subject line: “Important Security Information for Yahoo Users”.

Having already received one of these not that long ago, I realised once again that Yahoo was in trouble. It turns out Yahoo was hacked back in 2013 and the hackers were able to access data on one billion user accounts; yes, that’s right, one billion user accounts. That’s on top of the five hundred million that were hacked in 2014 in a separate breach that Yahoo warned us about in an even earlier email.

Where does Yahoo go to from here? An internet hack against a company that affects half of all internet users on the planet would seem to place Yahoo in an irrecoverable position. Who would trust them now?

I’m fortunate in that I don’t rely on Yahoo too much. My main exposure is through a Flickr account which really only duplicates the photography content I post on Instagram. I remember signing up for Flickr more out of curiousity than anything else. Since it was fairly simple to share posts from Instagram to Flickr, I just set it and forgot about it for the most part, checking in only every now and then to make sure the photos were appearing as they were meant to when I posted them. I guess now I have every reason to nuke this account out of its misery! Thanks Yahoo!

A significant breach like this ultimately leads to the broader topic of digital and data security in an interconnected world. Yahoo isn’t some small, obscure company that you would think would be a risk in terms of safeguarding your data.

Yahoo is a big tech giant, which begs the question, how safe is your data in the hands of the other big tech giants like Google, Microsoft, Apple and the like?