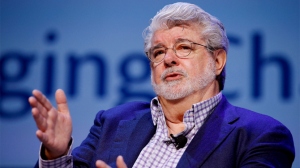 During a panel discussion with Robert Redford at the Sundance Film Festival last month, Star Wars creator George Lucas appeared bemused at the current state of our culture. The man who brought us arguably the biggest and most popular space opera franchise of all time remarked on the rise of ‘small’ entertainment watched through online platforms such as YouTube, “I would never guess people would watch cats do stupid things all day long.”

Leaving aside the implications of that statement on the long-term artistic integrity of Hollywood (that’s a whole other topic on its own), it is undeniable that online video platforms such as YouTube and Vimeo provide us with a virtually unlimited source of free entertainment. In just a few decades, we’ve gone from being only entertained by high end cinema and television delivered to us by studios and networks to being just as entertained by home-video quality amateur videos made by the average punter on the street, such as the stupid cat videos George Lucas referred to. You have to wonder at the long term prospects of a show like ‘Funniest Home Videos’ when you can get billions of these types of videos on YouTube at any time you want (on a side note, panda videos are just as prevalent).

It would be easy to dismiss YouTube and other competing platforms as only being about these silly videos because there are so many of them. However within all that frivolous noise, there is also a lot of viable, high quality content on YouTube that can inform and entertain you for hours, whether it be new content uploaded by independent filmmakers or documentary makers, or the extensive amount of archived material from years past that has made its way on to the platform thanks to enthusiastic amateurs and official sources who produced the content in the first place. I’ve recently been watching some documentaries on American politicians that made for some fascinating viewing, and they were documentaries I never would have seen in Australia because our free-to-air networks won’t play them, and they don’t seem to be available anywhere else. Best of all, they were all free to watch; I just had to put up with some pesky ads! 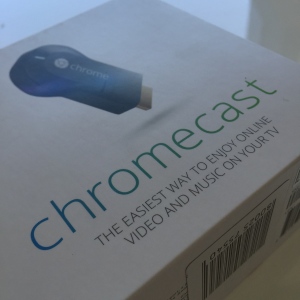 A few months ago I picked up a Google Chromecast for under $40; a bargain considering what it can do. Although I already own an Apple TV and I can stream YouTube videos off it just fine, I have come to like the simplicity of the Chromecast in getting YouTube videos on to my big screen at home. If nothing else, it was $40 well spent. I’ve watched many a YouTube video using the Chromecast, and it required little to no setup. I’m curious about its ability to play content off the Play Store, but I have yet to try it given I do this type of thing with my Apple TV already. At any rate, its a nice dongle to attach to your TV, and even if all you want to do is watch stupid cat videos all night long, the Chromecast is perfect for getting those videos on to your big screen TV. Oh, and just as a disclaimer: this is my opinion, and I’m not being paid by Google to promote the Chromecast. I just happen to like it! 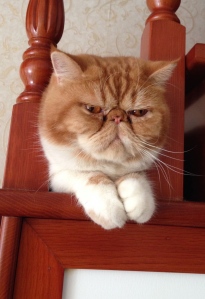 Any way, back to the stupid cat videos. I was recently in a discussion with some colleagues of mine about the state of cinema and how generations growing up now will never truly understand the cinema being the ultimate platform for story-telling content. The cinema is now just another channel of content, and apart from the literal size of the screen, it doesn’t necessarily offer a better experience than anywhere else in terms of entertaining people. George Lucas is right to be bemused by this in that those stupid cat videos probably provide more entertainment to some people than the massive tentpole blockbusters released by Hollywood each year. I just hope Hollywood doesn’t decide to make a blockbuster based on stupid cat behaviour…

We’re living in a transitional time when it comes to entertainment and art, particularly in audio-visual forms. George Lucas harkens back to a generation of filmmakers who treated cinema as the ultimate form of entertainment or motion picture art. In today’s world, where streaming services, YouTube, mobile devices, large widescreen TVs and other platforms can provide just as much entertainment and meaning as the cinema, it’s hard to see how the cinema can ever return to the meaningful hey day of Lucas’ reign with Star Wars and the like. It may not necessarily be a bad thing, after all, our options have expanded exponentially. And now… cue a cat video: